There is no denying that the Corvette is one of the most loved muscle cars in the world. All models come with driver-oriented cockpits, flowing designs, crafted from premium materials. Just some of the reasons why it has featured in several movies and won the hearts of many car lovers.

The Best Corvettes Ever Built

Chevrolet has made a lot of beautiful cars over the years, but only a handful of them stand out from the crowd.

The automaker’s first hit was the 1955 Corvette V8. It started as a somewhat failed idea, as it had an inline-six engine which wasn’t particularly interesting to speed lovers.

However, things changed when the automaker decided to add a 4.3-liter small-block V8 to the beautifully designed vehicle; it was an instant hit.

Another great Vette worth mentioning is the 2018 Corvette ZR1. Besides looking great, this car is the most extreme which Chevrolet has ever made. It comes with a 6.2-liter V8 unit which combines with a massive supercharger, to generate a whopping 755 hp and 715 available torque. Its top speed is 210 mph, and the car sprints from 0 to 60 mph in under three seconds.

Some people just can’t settle for stock versions of anything, and the Corvette is no exception. That’s part of the reason why there are so many mods for this particular car. Some of them are pretty interesting, to say the least.

Changing the exhaust, for example, is one of the easiest mods a Vette owner can do. Chevrolet noted this obsession with loud cars and added inbuilt features to adjust exhaust sounds. But that has undoubtedly not stopped a section of the gear head community from swapping the stock exhaust system, for the aftermarket ones which claim to boost acceleration.

If you are looking to fine-tune performance, go for an air intake system, performance chips, tuners, and superchargers. Air intake systems improve the overall power of the car and are super easy to install. Chips are supposed to tell you exactly when to shift, and turbochargers will add a couple of horses to your unit.

The Corvette has been on the tracks for as long as it’s existed, backed by loyal tribes of fans and race drivers.

Some of the most popular Corvette teams today include the #63 Corvette C7.R. Jan Magnussen is one of its drivers and has raced in the NASCAR and Formula One Championship. His best performance is fourth place. Antonio Garcia and Mike Rockenfeller are also in the same team and are both decorated drivers.

The #64 Corvette C7.R team boasts of having Oliver Gavin; a well known British driver. He is a five-time class winner, and his best overall performance was fourth place in 2006. Tommy Milner is also in this team with two class wins under his belt.

Marcel Fassler, a Swiss car driver, has the most decorated career of the three. He finished first place in 2011, 2012 and 2014 and has a couple of class wins too.

Corvette fans are everywhere. But only a few of them take time to create platforms where people can meet, share ideas, and have some fun.

These meetups may be sponsored by local businesses trying to sell something, but they sure help people find used Corvettes and free advice from real users.

Some of the most popular Corvette communities include Corvettes of Bakersfield, Black Hills Corvette Classic, Corvettes at Carlisle, and the Sulphur Springs Corvettes Club. They are all great communities with endless opportunities for people looking to shop or link up with like-minded people. 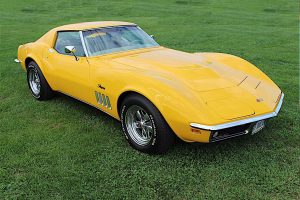